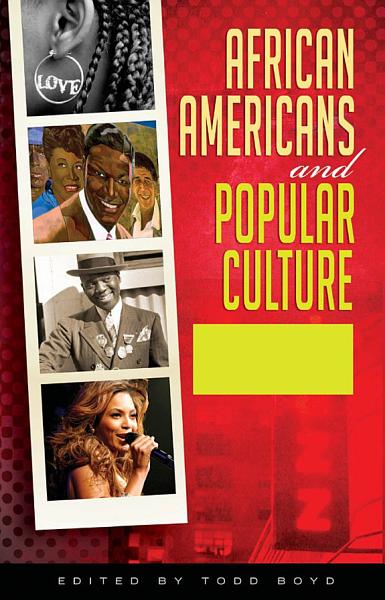 The African American influence on popular culture is among the most sweeping and lasting this country has seen. Despite a history of institutionalized racism, black artists, entertainers, and entrepreneurs have had enormous impact on American popular culture. Pioneers such as Oscar Michaeux, Paul Robeson, Satchel Paige, Josh Gibson, Langston Hughes, Bill Bojangles Robinson, and Bessie Smith paved the way for Jackie Robinson, Nina Simone, James Baldwin, Bill Russell, Muhammad Ali, Sidney Poitier, and Bill Cosby, who in turn opened the door for Spike Lee, Dave Chappelle, Dr. Dre, Jay-Z, Tiger Woods, and Michael Jordan. Today, hip hop is the most powerful element of youth culture; white teenagers outnumber blacks as purchasers of rap music; black-themed movies are regularly successful at the box office, and black writers have been anthologized and canonized right alongside white ones. Though there are still many more miles to travel and much to overcome, this three-volume set considers the multifaceted influence of African Americans on popular culture, and sheds new light on the ways in which African American culture has come to be a fundamental and lasting part of America itself. To articulate the momentous impact African American popular culture has had upon the fabric of American society, these three volumes provide analyses from academics and experts across the country. They provide the most reliable, accurate, up-to-date, and comprehensive treatment of key topics, works, and themes in African American popular culture for a new generation of readers. The scope of the project is vast, including: popular historical movements like the Harlem Renaissance; the legacy of African American comedy; African Americans and the Olympics; African Americans and rock 'n roll; more contemporary articulations such as hip hop culture and black urban cinema; and much more. One goal of the project is to recuperate histories that have been perhaps forgotten or obscured to mainstream audiences and to demonstrate how African Americans are not only integral to American culture, but how they have always been purveyors of popular culture.

Authors: Todd Boyd
Categories: Social Science
Type: BOOK - Published: 2007 - Publisher:
Amid a history of institutionalized racism, black artists, entertainers, and entrepreneurs forged relationships within American popular culture. This three-volume set considers the influence of African Americans on popular culture and shows the ways in which African American culture has come to be a fundamental and lasting part of America itself.

Encyclopedia of African-American Culture and History

Authors: Bruce David Forbes, Jeffrey H. Mahan
Categories: Religion
Type: BOOK - Published: 2017-03 - Publisher: Univ of California Press
The connection between popular culture and religion is an enduring part of American life. With seventy-five percent new content, the third edition of this multifaceted and popular collection has been revised and updated throughout to provide greater religious diversity in its topics and address critical developments in the study of

Encyclopedia of African-American Culture and History

Encyclopedia of the African Diaspora: Origins, Experiences, and Culture [3 volumes]