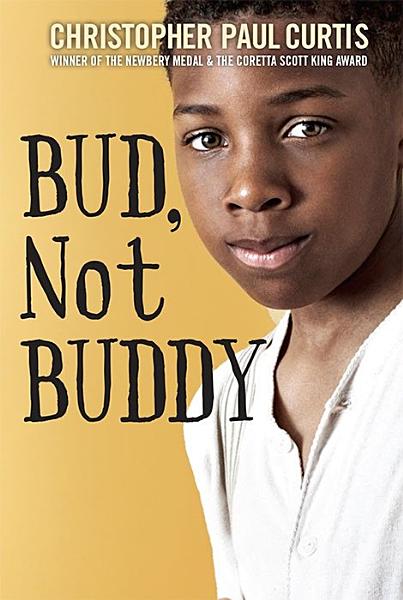 The Newbery Medal and Coretta Scott King Award-winning classic about a boy who decides to hit the road to find his father—from Christopher Paul Curtis, author of The Watsons Go To Birmingham—1963, a Newbery and Coretta Scott King Honoree. It’s 1936, in Flint Michigan. Times may be hard, and ten-year-old Bud may be a motherless boy on the run, but Bud’s got a few things going for him: 1. He has his own suitcase full of special things. 2. He’s the author of Bud Caldwell’s Rules and Things for Having a Funner Life and Making a Better Liar Out of Yourself. 3. His momma never told him who his father was, but she left a clue: flyers advertising Herman E. Calloway and his famous band, the Dusky Devastators of the Depression!!!!!! Bud’s got an idea that those flyers will lead him to his father. Once he decides to hit the road to find this mystery man, nothing can stop him—not hunger, not fear, not vampires, not even Herman E. Calloway himself. AN ALA BEST BOOK FOR YOUNG ADULTS AN ALA NOTABLE CHILDREN'S BOOK AN IRA CHILDREN'S BOOK AWARD WINNER NAMED TO 14 STATE AWARD LISTS “The book is a gem, of value to all ages, not just the young people to whom it is aimed.” —The Christian Science Monitor “Will keep readers engrossed from first page to last.” —Publishers Weekly, Starred “Curtis writes with a razor-sharp intelligence that grabs the reader by the heart and never lets go. . . . This highly recommended title [is] at the top of the list of books to be read again and again.” —Voice of Youth Advocates, Starred From the Hardcover edition.

Authors: Marie-Helen Goyetche, Christopher Paul Curtis
Categories: Education
Type: BOOK - Published: 2007 - Publisher: Classroom Complete Press
A Literature Kit. A touching and humorous story about a ten-year-old boy on the run! Foster child Bud Caldwell, during the height of the Great Depression in 1936 leaves Flint, Michigan on a humorous adventure where he meets many interesting characters. When Bud eventually arrives in Grand Rapids, he meets

A Guide for Using Bud, Not Buddy in the Classroom

Authors: Lisa Kurkov
Categories: Juvenile Nonfiction
Type: BOOK - Published: 2021-01-04 - Publisher: Carson-Dellosa Publishing
BUD, NOT BUDDY: This nonfiction companion to Christopher Paul Curtis's novel Bud, Not Buddy explores what life was like during the Great Depression, particularly in the African American community. A CLOSER LOOK: Find out more about jazz, unions, Hoovervilles, and Pullman porters––all elements of life in Flint, Michigan, during the

Authors: Holt Rinehart & Winston
Categories: African Americans
Type: BOOK - Published: 2002-01-01 - Publisher:
Ten-year-old Bud, a motherless boy living in Flint, Michigan, during the Great Depression, escapes a bad foster home and sets out in search of the man he believes to be his father--the renowned bandleader, H.E. Calloway of Grand Rapids.