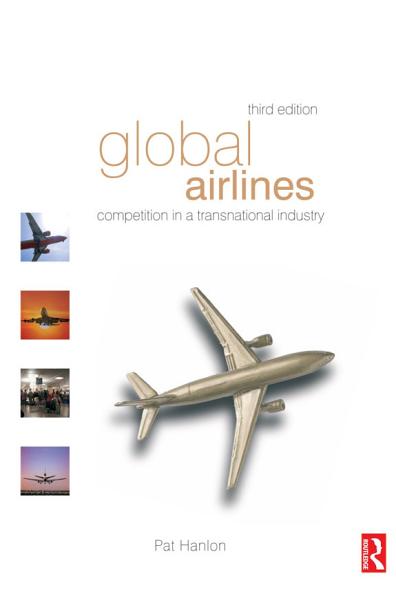 Global Airlines: Competition in a Transnational Industry presents an overview of the changing scene in air transport covering current issues such as security, no frills airlines, ‘open skies’ agreements, the outcome of the recent downturn in economic activity and the emergence of transnational airlines, and takes a forward looking view of these challenges for the industry. Since the publication of the second edition in 1999 major changes have occurred in the industry. The ‘rules of the game’ in air transport are now beginning to change; and it is time to take the story forward. This third edition contains nine new chapters and tackles the following issues amongst others: * Security: The tragic events of 11 September 2001, followed by the war in Iraq, and the resultant heightened tensions over security and passenger safety. * Financial instability: the cyclical downturn in economic activity has led some airlines to the verge of bankruptcy. Even some large well-established carriers are not immune from this. How can the industry look to survive? * Attaining global reach: implications of transborder mergers, open skies agreements and the transatlantic Common Aviation area. Can full globalisation ever be reached? * Low-cost carriers and e-commerce: as both increase, how much the industry re-structure and deal with issues associated with increased passenger traffic and decreased labour requirements? * Airport capacity: Air traffic is estimated to grow at a long-term average annual rate of 5 per cent per annum. But many airports in many parts of the world are already reaching their capacity limits. How can this be overcome and are the environmental implications? Using up to date data and case studies from major international airlines such as United Airlines, British Airways, and Qantas amongst many others, Global Airlines provides a comprehensive insight into today’s global airline industry.

Global Tourism Forecasts to the Year 2000 and Beyond