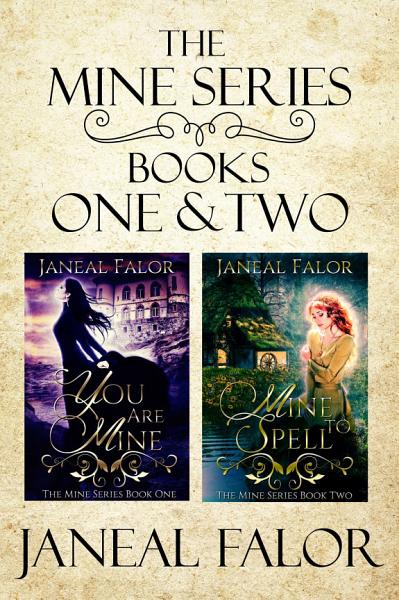 In a world where only men have magic and women are sold off for how much magic is in their blood, two sisters fight against the oppression. You Are Mine Serena knows a few simple things. She will always be owned by a warlock. She will never have freedom. She will always do what her warlock wishes, regardless of how inane, frivolous, or cruel it is. And if she doesn't follow the rules, she will be tarnished. Spelled to be bald, inked, and barren for the rest of her life—worth less than the shadow she casts. Then her ownership is won by a barbarian from another country. With the uncertainty that comes from belonging to a new warlock, Serena questions if being tarnished is really worse than being owned by a barbarian, and tempts fate by breaking the rules. When he looks the other way instead of punishing her, she discovers a new world. The more she ventures into the forbidden, the more she learns of love and a freedom just out of reach. Serena longs for both. But in a society where women are only ever property, hoping for more could be deadly. Mine to Spell Cynthia has always hidden from her father's hexes behind her older sister. When her family gains independence unheard of for women, she's relieved that her days of harsh punishments are over. But as her seventeenth birthday approaches—the typical age to be sold to a new master—death threats endanger her sisters. She now faces two options: run or meet society's expectations. For once, Cynthia isn't going to let her older sister shield her from the problem. She's going to prove to herself, her sisters, and society that her family isn't a threat to their traditions. She willingly chooses to be purchased by a new master. A bold step that takes her somewhere she never thought she would go and to a man she might possibly fall in love with. With his help, she may just find a way to save her sisters while discovering how to stand up for herself. If she lives long enough.

Mine Series Books One & Two

Authors: Janeal Falor
Categories: Young Adult Fiction
Type: BOOK - Published: 2019-04-19 - Publisher: Chardonian Press
In a world where only men have magic and women are sold off for how much magic is in their blood, two sisters fight against the oppression. You Are Mine Serena knows a few simple things. She will always be owned by a warlock. She will never have freedom. She

The One Who Got Away

Authors: Cynthia Eden
Categories: Fiction
Type: BOOK - Published: 2021-02-23 - Publisher: Hocus Pocus Publishing, Inc.
He has to get her back. Antony Kyle can’t believe what’s happening to him. First, Ella Webb—the head of security at his gaming company—quits on him. Then…she kisses him as if she’s never wanted anyone more. They spend one incredible night together—a night that brands him to his core—and he

Authors: Cynthia Eden
Categories: Fiction
Type: BOOK - Published: 2019-10-03 - Publisher: Hocus Pocus Publishing, Inc.
They’re faster, stronger…and a whole lot sexier than normal men. Are you ready for the Lazarus super soldiers? Because they are ready for you…The Lazarus soldiers are back, and they are here to raise some hell. RUN TO ME – Book 4 Jennings “Jay” Maverick is a tech billionaire. He

The Devil In Disguise

Authors: Cynthia Eden
Categories: Fiction
Type: BOOK - Published: 2016-06-28 - Publisher: Hocus Pocus Publishing, Inc.
Don’t make the devil angry… Luke Thorne loves having one hell of a good time. As the ruler of every dark creature to walk the earth, he certainly has more than a bit of a bad side. He lives for danger and isn’t the type to lose his heart—mostly because

The Heart You Break

Authors: Cynthia Eden
Categories: Fiction
Type: BOOK - Published: 2019-08-27 - Publisher: Hocus Pocus Publishing, Inc.
Beauty and the Beast? Nah…this isn’t some sweet fairy tale. FIGHTING FOR HER is about danger, action, and a whole lot of hot romance. He’s been called a beast…and he likes the title. Rick Williams is big, bad, and not someone you want to have as an enemy. As an

Authors: Cynthia Eden
Categories: Fiction
Type: BOOK - Published: 2017-10-30 - Publisher: Hocus Pocus Publishing, Inc.
Some desires will push you to the edge…and beyond. Find out just how dark a forbidden need can go in New York Times bestselling author Cynthia Eden’s fast-paced MINE romantic suspense series! This boxed set includes the following dark and sexy romantic suspense titles: MINE TO TAKE, MINE TO KEEP,