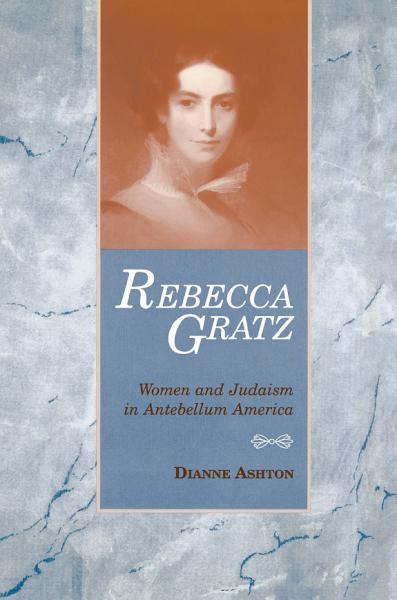 This is the first in-depth biography of Rebecca Gratz (1781-1869), the foremost American Jewish woman of the nineteenth century. Perhaps the best-known member of the prominent Gratz family of Philadelphia, she was a fervent patriot, a profoundly religious woman, and a widely known activist for poor women. She devoted her life to confronting and resolving the personal challenges she faced as a Jew and as a female member of a prosperous family. In using hundreds of Gratz's own letters in her research, Dianne Ashton reveals Gratz's own blend of Jewish and American values and explores the significance of her work. Informed by her American and Jewish ideas, values, and attitudes, Gratz created and managed a variety of municipal and Jewish institutions for charity and education, including America's first independent Jewish women's charitable society, the first Jewish Sunday school, and the first American Jewish foster home. Through her commitment to establishing charitable resources for women, promoting Judaism in a Christian society, and advancing women's roles in Jewish life, Gratz shaped a Jewish arm of what has been called America's largely Protestant "benevolent empire." Influenced by the religious and political transformations taking place nationally and locally, Gratz matured into a social visionary whose dreams for American Jewish life far surpassed the realities she saw around her. She believed that Judaism was advanced by the founding of the Female Hebrew Benevolent Society and the Hebrew Sunday School because they offered religious education to thousands of children and leadership opportunities to Jewish women. Gratz's organizations worked with an inclusive definition of Jewishness that encompassed all Philadelphia Jews at a time when differences in national origin, worship style, and religious philosophy divided them. Legend has it that Gratz was the prototype for the heroine Rebecca of York in Sir Walter Scott's Ivanhoe, the Jewish woman who refused to wed the Christian hero of the tale out of loyalty to her faith and father. That legend has draped Gratz's life in sentimentality and has blurred our vision of her. Rebecca Gratz is the first book to examine Gratz's life, her legend, and our memory.

Authors: Dianne Ashton
Categories: Religion
Type: BOOK - Published: 2015-01-12 - Publisher: Wayne State University Press
This is the first in-depth biography of Rebecca Gratz (1781-1869), the foremost American Jewish woman of the nineteenth century. Perhaps the best-known member of the prominent Gratz family of Philadelphia, she was a fervent patriot, a profoundly religious woman, and a widely known activist for poor women. She devoted her

Authors: Bernard Schweizer
Categories: Literary Collections
Type: BOOK - Published: 2006 - Publisher: University of Delaware Press
Almost the entire corpus of West's fiction receives attention in this volume (with the exception of The Thinking Reed, which is in itself a telling fact)."--Jacket.

Rebecca West and the God That Failed

Authors: Carl Rollyson
Categories: Biography & Autobiography
Type: BOOK - Published: 2005-07 - Publisher: iUniverse
After completing his biography of Rebecca West in 1995, Carl Rollyson felt bereft. As his wife said, "Rebecca was such good company." He had already embarked on another biography, but Rebecca kept beckoning him. He felt there was more to say about her politics-a misunderstood part of her repertoire as

Authors: Kate Douglas Wiggin
Categories: Fiction
Type: BOOK - Published: 2005-05-31 - Publisher: Penguin
Hugely popular when it was first published in 1903 and admired by authors from Jack London to Mark Twain, this delightful novel introduced a heroine as irrepressible and fun-loving as Tom Sawyer, who would serve as a role model for a century of American girls and women. When ten-year-old Rebecca

Authors: Rebecca Harding Davis
Categories: Fiction
Type: BOOK - Published: 2010-01-25 - Publisher: University of Georgia Press
The ten stories gathered here show Rebecca Harding Davis to be an acute observer of the conflicts and ambiguities of a divided nation and position her as a major transitional writer between romanticism and realism. Capturing the fluctuating cultural environment of the Civil War and Reconstruction eras, the stories explore