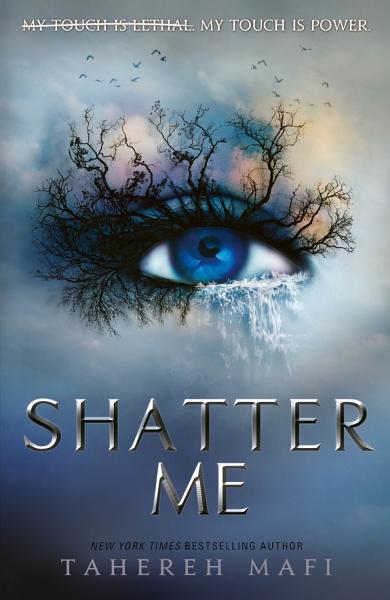 X-Men meets The Handmaid's Tale in this first instalment in an epic and romantic YA fantasy trilogy perfect for fans of Sarah J. Maas, Victoria Aveyard's The Red Queen, Netflix's Stranger Things and Leigh Bardugo's Six of Crows. A fragile young teenage girl is held captive. Locked in a cell by The Reestablishment – a harsh dictatorship in charge of a crumbling world. This is no ordinary teenager. Juliette is a threat to The Reestablishment's power. A touch from her can kill – one touch is all it takes. But not only is she a threat, she is potentially the most powerful weapon they could have. Juliette has never fought for herself before but when she’s reunited with the one person who ever cared about her, the depth of the emotion and the power within her become explosive . . . "Addictive, intense, and oozing with romance. I’m envious. I couldn’t put it down.” - Lauren Kate, New York Times bestselling author of Fallen 'Dangerous, sexy, romantic and intense. I dare you to stop reading!' - Kami Garcia, bestselling author of the Beautiful Creatures series Tahereh Mafi is the New York Times bestselling author of the Shatter Me series which has been published in over 30 languages around the world. She was born in a small city somewhere in Connecticut and currently resides in Santa Monica, California, with her husband, Ransom Riggs, fellow bestselling author of Miss Peregrine's Home For Peculiar Children, and their young daughter. She can usually be found overcaffeinated and stuck in a book. Follow her on Instagram and Twitter @TaherehMafi

Authors: Bree Vanderland
Categories: Family & Relationships
Type: BOOK - Published: 2014-07-23 - Publisher: BookRix
Short Story. When her heart is broken again by someone she thought she could trust, one person faces not only what she wants, but learning how to trust again.

Authors: Tori St. Claire
Categories: Fiction
Type: BOOK - Published: 2015-05-19 - Publisher: Entangled: Brazen
A sexy category romance from Entangled's Brazen imprint... Bound by honor, caught by desire... Former Marine Alex McCray is ripped up inside over the knowledge that his best friend died saving him. Now he's returned to his hometown to honor a promise he made-to take care of his buddy's widow.

Authors: Michelle Love
Categories: Fiction
Type: BOOK - Published: 2020-06-16 - Publisher: Blessings For All SC
Two days before her lavish Upper East side wedding, artist Lila Tierney is stabbed and left for dead by an unknown assailant. Waking up in hospital she is devastated to discover her fiancé Richard has been arrested for arranging her murder. Eighteen months later, after a long and painful rehabilitation,

Shatter Me with Dawn

Authors: Alex Grayson, Covers Combs
Categories: Abused women
Type: BOOK - Published: 2015-01-12 - Publisher: Createspace Independent Publishing Platform
Pain. That's a word Bailey Winsor knows well, having endured it since she was a child from the people who were supposed to protect her. Just when her life appears normal, something Bailey has never experienced, she meets a man and falls in love. Love can be deceiving. Bailey jumps

Authors: Tahereh Mafi
Categories: Juvenile Fiction
Type: BOOK - Published: 2014-07-08 - Publisher: Harper Collins
The Shatter Me series is perfect for fans who crave action-packed young adult novels with tantalizing romance like Divergent by Veronica Roth, The Hunger Games by Suzanne Collins, and Legend by Marie Lu. Tahereh Mafi has created a captivating and original story that combines the best of dystopian and paranormal

Shatter Me Novellas #3 and #4 Bind-Up Edition

Authors: Tahereh Mafi
Categories: Young Adult Fiction
Type: BOOK - Published: 2019-10-08 - Publisher: HarperCollins
Calling all fans of Tahereh Mafi's New York Times bestselling Shatter Me series! This gorgeous paperback bind-up includes Shadow Me and Reveal Me, the third and fourth novellas in the series, both in print for the first time ever. In Shadow Me, Juliette is still reeling from Warner's betrayal, and