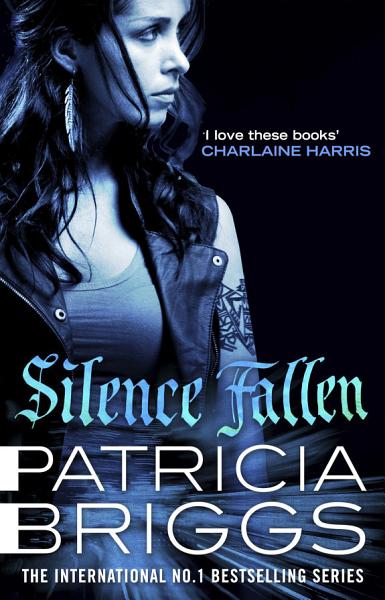 The tenth novel in the international No. 1 bestselling Mercy Thompson series - the major urban fantasy hit of the decade 'I love these books!' Charlaine Harris 'The best new fantasy series I've read in years' Kelley Armstrong MERCY THOMPSON: MECHANIC, SHAPESHIFTER, FIGHTER Coyote shapeshifter Mercy Thompson is attacked and abducted in her home territory. Fighting off a crazed werewolf, she manages to escape, only to find herself alone in the heart of Europe, without money, without clothing and on the run from the clutches of the most powerful vampire in the world. Unable to contact her pack, Mercy has allies to find and enemies to fight, but first she needs to figure out which is which. Ancient powers stir, and Mercy needs to be at her agile best to avoid causing a war between vampires and werewolves - and between werewolves and werewolves. And in the heart of the ancient city of Prague, old ghosts rise . . . 'Patricia Briggs is an incredible writer and Silence Fallen is simply fantastic. I love hanging out with the amazing characters in this series!' Nalini Singh, New York Times bestselling author of the Psy-Changeling series 'Patricia Briggs never fails to deliver an exciting, magic and fable filled suspense story. Silence Fallen is one of her best' Erin Watt, #1 New York Times bestselling author of The Royals series 'It is always a joy to pick up a new Briggs novel, and she certainly doesn't disappoint with this latest Mercy Thompson book . . . Briggs hits another one out of the park!' RT Book Reviews Books by Patricia Briggs: The Mercy Thompson books Moon Called Blood Bound Iron Kissed Bone Crossed Silver Marked Frost Burned Night Broken Fire Touched Silence Fallen The Alpha and Omega Novels (A Mercy Thompson spin-off series) Cry Wolf Hunting Ground Fair Game Dead Heat Burn Bright

Authors: Virginia Woolf
Categories: Fiction
Type: BOOK - Published: 2014-12-11 - Publisher: OUP Oxford
'I, who would wish to feel close over me the protective waves of the ordinary, catch with the tail of my eye some far horizon.' Intensely visionary yet absorbed with the everyday; experimental, daring and challenging, The Waves is regarded by many as Virginia Woolf's greatest achievement. It follows a

Authors: Joseph Conrad
Categories: Fiction
Type: BOOK - Published: 2013-01-23 - Publisher: Courier Corporation
Tale of capitalist exploitation and rebellion, set in a fictional South American republic, employs flashbacks and glimpses of the future to depict the lure of silver and its effects on men.

A Walk in the Fire

Authors: John B. Sanford
Categories: Biography & Autobiography
Type: BOOK - Published: 1989 - Publisher: David R. Godine Publisher
John Sanford once again juxtaposes reminiscence with documentary material-not only brief, lyrical bio-vignettes on earlier American heroes and heroines, but also excerpts from personal letters, diaries and transcripts of court testimony-to build an impressive mosaic of the past, giving back full multi-dimensional vividness to history by returning it to the

Authors: S. Fowler Wright
Categories: Fiction
Type: BOOK - Published: 2009-01-25 - Publisher: Wildside Press LLC
Two women captured by the ruler of a lost race in the Sahara Desert find themselves faced with a fate worse than death! Only an intrepid British soldier can save the lovely ladies.