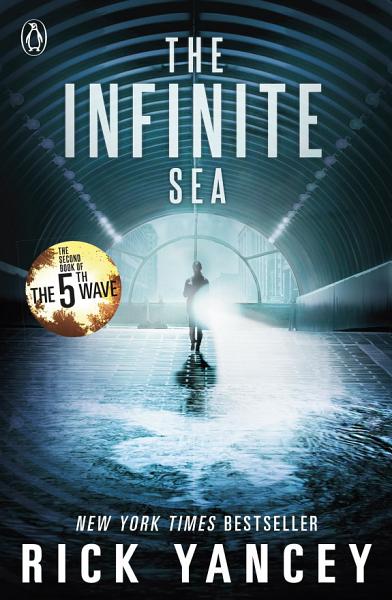 The Infinite Sea is the second book in the phenomenal and bestselling 5th Wave series by award-winning author, Rick Yancey. Perfect for fans of The Hunger Games, Divergent and The Maze Runner* *The 5th WAVE is now a major film by Sony Pictures, starring Chloe Grace Moretz* 'Wildly entertaining . . . I couldn't turn the pages fast enough' The New York Times How do you rid the earth of seven billion humans? Rid the humans of their humanity. Cassie Sullivan and her companions lived through the Others' four waves of destruction. Now, with the human race nearly exterminated and the 5th Wave rolling across the landscape, they face a choice: brace for winter and hope for Evan Walker's return, or set out in search of other survivors before the enemy closes in. Because the next attack is more than possible - it's inevitable. No one can anticipate the depths to which the Others will sink - nor the heights to which humanity will rise . . . www.The5thWaveIsComing.com www.rickyancey.com 'Remarkable, not-to-be-missed-under-any-circumstances . . . JUST READ IT' Entertainment Weekly 'The next HIT' Daily Mail 'This gut-wrenching sequel to The 5th Wave careens on a violent course of non-stop action.' Publishers Weekly, starred review 'CHILLING' Sun 'The pace is RELENTLESS' Heat 'A modern sci-fi masterpiece . . . Should do for aliens what Twilight did for vampires.' USA Today 'ACTION-PACKED' MTV.com 'A twisty survival story that borrows elements from romance, horror and dystopian fiction' Wall Street Journal 'An epic sci-fi adventure about a terrifying alien invasion. You'll read it in one sitting' Bookseller 'Heartfelt, violent, paranoid epic, filled with big heroics and bigger surprises . . . a sure thing for reviewers and readers alike.' Booklist (starred review) 'A gripping SF trilogy about an Earth decimated by an alien invasion... the question of what it means to be human is at the forefront' Publishers Weekly 'Borrow this one from your teen's nightstand while they're at school.' People Magazine *Winner of the 2014 Red House Children's Book Award *2014 Children's Choice Book Awards Finalist for Teen Book of the Year *A YALSA 2014 Best Fiction for Young Adults *A YALSA 2014 Quick Picks for Reluctant Young Readers *A Booklist 2014 Best Fiction for Young Adults *A VOYA 2013 Perfect Ten *An Amazon Best Book of the Year Books in the series: The 5th Wave (Book 1) The Infinite Sea (Book 2) The Last Star (Book 3)

Authors: Rick Yancey
Categories: Young Adult Fiction
Type: BOOK - Published: 2016-05-24 - Publisher: Penguin
The highly-anticipated finale to the New York Times bestselling 5th Wave series. Includes an exclusive diary entry from Cassie! The enemy is Other. The enemy is us. They’re down here, they’re up there, they’re nowhere. They want the Earth, they want us to have it. They came to wipe us

Authors: Rick Yancey
Categories: Juvenile Fiction
Type: BOOK - Published: 2013-04-08 - Publisher: Penguin UK
Free exclusive preview of The 5th Wave. The Passage meets The Hunger Games in this gripping new series from Carnegie-shortlisted Rick Yancey. After the 1st wave, only darkness remains. After the 2nd, only the lucky escape. And after the 3rd, only the unlucky survive. After the 4th wave, only one

Authors: Rick Yancey
Categories: Young Adult Fiction
Type: BOOK - Published: 2013-05-07 - Publisher: Penguin
"Remarkable, not-to-be-missed-under-any-circumstances."—Entertainment Weekly (Grade A) The Passage meets Ender's Game in an epic new series from award-winning author Rick Yancey. After the 1st wave, only darkness remains. After the 2nd, only the lucky escape. And after the 3rd, only the unlucky survive. After the 4th wave, only one rule applies: