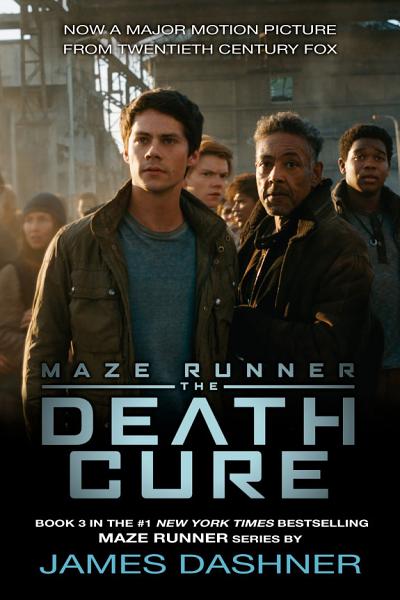 Don’t miss book three in the #1 New York Times bestselling Maze Runner series, now a major motion picture starring Dylan O’Brien! WICKED has taken everything from Thomas: his life, his memories, and now his only friends—the Gladers. But it’s finally over. The trials are complete, after one final test. What WICKED doesn’t know is that Thomas remembers far more than they think. And it’s enough to prove that he can’t believe a word of what they say. Thomas beat the Maze. He survived the Scorch. He’ll risk anything to save his friends. But the truth might be what ends it all. The time for lies is over. The first two books, The Maze Runner and The Scorch Trials, are also #1 worldwide blockbuster movies featuring the star of MTV's Teen Wolf, Dylan O'Brien; Kaya Scodelario; Aml Ameen; Will Poulter; and Thomas Brodie-Sangster! Also look for The Fever Code, the much-buzzed-about series conclusion that finally reveals the story of how the maze was built, and James Dashner's other bestselling series, the Mortality Doctrine: The Eye of Minds, The Rule of Thoughts, and The Game of Lives. Praise for James Dashner and the Maze Runner series: A #1 New York Times Bestselling Series A USA Today Bestseller A Kirkus Reviews Best Teen Book of the Year An ALA-YASLA Best Fiction for Young Adults Book An ALA-YALSA Quick Pick “[A] mysterious survival saga that passionate fans describe as a fusion of Lord of the Flies, The Hunger Games, and Lost.” —EW.com “Wonderful action writing—fast-paced . . . but smart and well observed.” —Newsday “[A] nail-biting must-read.” —Seventeen.com “Breathless, cinematic action.” —Publishers Weekly “Heart-pounding to the very last moment.” —Kirkus Reviews “Exclamation-worthy.” —Romantic Times “Take a deep breath before you start any James Dashner book.” —Deseret News

Authors: James Dashner
Categories: Juvenile Fiction
Type: BOOK - Published: 2013-12-05 - Publisher: Chicken House
The Trials are over. WICKED have collected all the information they can. Now it's up to the Gladers to complete the blueprint for the cure to the Flare with a final voluntary test. But something has happened that no-one at WICKED has foreseen: Thomas has remembered more than they think.

Authors: Jackson Lanzing, Collin Kelly
Categories: Comics & Graphic Novels
Type: BOOK - Published: 2017-11-01 - Publisher: Boom! Studios
They used to live and die by the Maze, a seemingly endless labyrinth of deathtraps that kept the Gladers prisoner and in fear. But the day Thomas arrived, he motivated them all to push back...and escape. But what they discovered was far worse than any maze'a world scorched by disease

The Cure of the Feare of Death

Authors: Joy Vallo
Categories: Death
Type: BOOK - Published: 2020-06-02 - Publisher:
Maze Runner The Death Cure, a behemoth of script and storyboards. These definitive, vibrant film blueprints published on the heels of the final film's closely guarded release are destined to be enshrined on every fan's bedside table, studied in universities, and emulated by filmmakers.