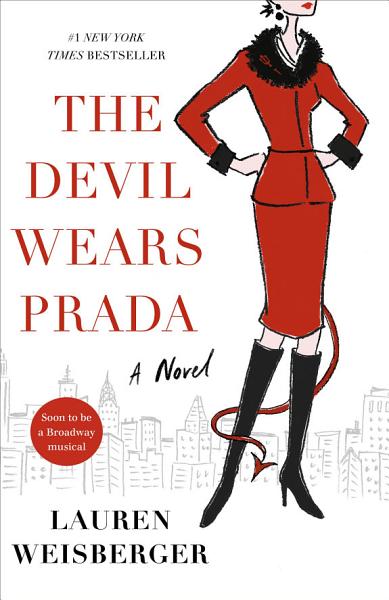 A delightfully dishy novel about the all-time most impossible boss in the history of impossible bosses and the basis for the major motion picture starring Anne Hathaway and Meryl Streep. Andrea Sachs, a small-town girl fresh out of college, lands the job “a million girls would die for.” Hired as the assistant to Miranda Priestly, the high-profile, fabulously successful editor of Runway magazine, Andrea finds herself in an office that shouts Prada! Armani! Versace! at every turn, a world populated by impossibly thin, heart-wrenchingly stylish women and beautiful men clad in fine-ribbed turtlenecks and tight leather pants that show off their lifelong dedication to the gym. With breathtaking ease, Miranda can turn each and every one of these hip sophisticates into a scared, whimpering child. The Devil Wears Prada gives a rich and hilarious new meaning to complaints about "The Boss from Hell." Narrated in Andrea’s smart, refreshingly disarming voice, it traces a deep, dark, devilish view of life at the top only hinted at in gossip columns and over Cosmopolitans at the trendiest cocktail parties. From sending the latest, not-yet-in-stores Harry Potter to Miranda’s children in Paris by private jet, to locating an unnamed antique store where Miranda had at some point admired a vintage dresser, to serving lattes to Miranda at precisely the piping hot temperature she prefers, Andrea is sorely tested each and every day—and often late into the night with orders barked over the phone. She puts up with it all by keeping her eyes on the prize: a recommendation from Miranda that will get Andrea a top job at any magazine of her choosing. As things escalate from the merely unacceptable to the downright outrageous, however, Andrea begins to realize that the job a million girls would die for may just kill her. And even if she survives, she has to decide whether or not the job is worth the price of her soul.

Authors: Lauren Weisberger
Categories: Fiction
Type: BOOK - Published: 2003-04-15 - Publisher: Broadway Books
A delightfully dishy novel about the all-time most impossible boss in the history of impossible bosses and the basis for the major motion picture starring Anne Hathaway and Meryl Streep. Andrea Sachs, a small-town girl fresh out of college, lands the job “a million girls would die for.” Hired as

Authors: Lauren Weisberger
Categories: Fashion
Type: BOOK - Published: 2006 - Publisher:
When Andrea first sets foot in the plush Manhattan offices of Runway she knows nothing. She's never heard of the world's most fashionable magazine, or its feared and fawned-over editor, Miranda Priestly. But she's going to be Miranda's assistant, a job millions of girls would die for. This novel is

Authors: Eddie Patterson
Categories: Fashion
Type: BOOK - Published: 2020-07-04 - Publisher:
Andy is an aspiring journalist fresh out of Northwestern University. Despite her ridicule for the shallowness of the fashion industry, she lands a job as junior personal assistant to Miranda Priestly, the editor-in-chief of Runway magazine, a job that "millions of girls would kill for". Andy plans to put up

Authors: Anne Swanson
Categories: Motion picture plays
Type: BOOK - Published: 2020-09-17 - Publisher:
A simple yet effective coloring book to quiet your mind and relax your body. The Devil Wears Prada coloring book is a humorous and inspirational adult coloring book that has more than fifty pictures to color. If you just want to relax or have a joint activity with your family,

Authors: Lauren Weisberger
Categories: Chick Lit
Type: BOOK - Published: 2013 - Publisher: HarperCollins Publishers
A sequel to "The Devil Wears Prada" finds Andy Sachs and her partner, Emily, blossoming throughout eight years at the head of a wildly successful high fashion bridal magazine only to be haunted by memories of their former boss on the eve of Andy's wedding.