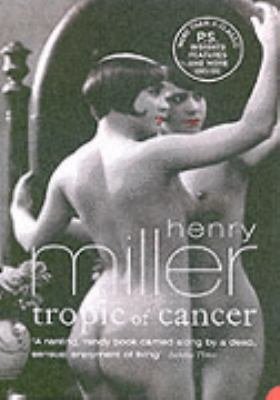 Miller's groundbreaking first novel, banned in Britain for almost thirty years, now reinvigorated in a new Harper Perennial Modern Classics edition. A penniless and as yet unpublished writer, Henry Miller arrived in Paris in 1930. Leaving behind a disintegrating marriage and an unhappy career in America, he threw himself into the low-life of bohemian Paris with unwavering gusto. A fictional account of Miller's adventures amongst the prostitutes and pimps, the penniless painters and writers of Montparnasse, Tropic of Cancer is an extravagant and rhapsodic hymn to a world of unrivalled eroticism and freedom. Tropic of Cancer's 1934 publication in France was hailed by Samuel Beckett as 'a momentous event in the history of modern writing'. The novel was subsequently banned in the UK and the USA and not released for publication for a further thirty years.

Tropic of Cancer on Trial

Henry Miller and Tropic of Cancer, from Paris to Wisconsin

The School News and Practical Educator