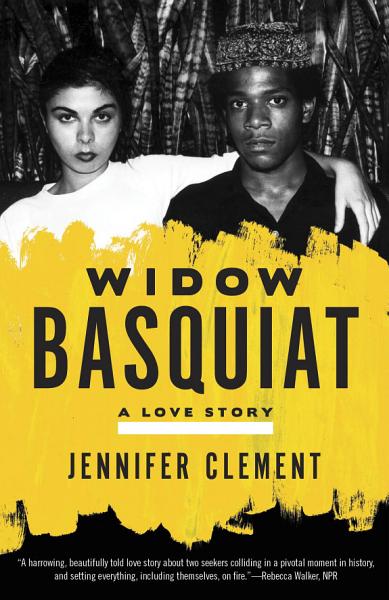 The beautifully written, deeply affecting story of Jean-Michel Basquiat's partner, her past, and their life together New York City in the 1980s was a mesmerizing, wild place. A hotbed for hip hop, underground culture, and unmatched creative energy, it spawned some of the most significant art of the 20th century. It was where Jean-Michel Basquiat became an avant-garde street artist and painter, swiftly achieving worldwide fame. During the years before his death at the age of 27, he shared his life with his lover and muse, Suzanne Mallouk. A runaway from an unhappy home in Canada, Suzanne first met Jean-Michel in a bar on the Lower East Side in 1980. Thus began a tumultuous and passionate relationship that deeply influenced one of the most exceptional artists of our time. In emotionally resonant prose, award-winning author Jennifer Clement tells the story of the passion that swept Suzanne and Jean-Michel into a short-lived, unforgettable affair. A poetic interpretation like no other, Widow Basquiat is an expression of the unrelenting power of addiction, obsession and love. From the Trade Paperback edition.

Authors: Jennifer Clement
Categories: Biography & Autobiography
Type: BOOK - Published: 2014-11-04 - Publisher: Broadway Books
The beautifully written, deeply affecting story of Jean-Michel Basquiat's partner, her past, and their life together New York City in the 1980s was a mesmerizing, wild place. A hotbed for hip hop, underground culture, and unmatched creative energy, it spawned some of the most significant art of the 20th century.

Authors: Claudio Iván Remeseira
Categories: History
Type: BOOK - Published: 2010-06-11 - Publisher: Columbia University Press
Over the past few decades, a wave of immigration has turned New York into a microcosm of the Americas and enhanced its role as the crossroads of the English- and Spanish-speaking worlds. Yet far from being an alien group within a "mainstream" and supposedly pure "Anglo" America, people referred to

A True Story Based on Lies

Authors: Jennifer Clement
Categories: Mexico
Type: BOOK - Published: 2001 - Publisher: Canongate Books
When a sexual relationship between Leonora, a servant in the home of the wealthy O'Connor family, and her master results in the birth of a child, that child, Aura Olivia, is brought up as a daughter of the house, in a story of class discrimination, male oppression, and female servitude

Prayers for the Stolen

Authors: Jennifer Clement
Categories: Fiction
Type: BOOK - Published: 2014-02-06 - Publisher: Random House
‘Now we make you ugly,’ my mother said. ‘The best thing you can be in Mexico is an ugly girl.’ On the mountainside in rural Mexico where Ladydi lives, being a girl is dangerous. Especially a pretty one. If the Narcos hear there is a pretty girl on the mountain,

Authors: Jennifer Clement
Categories: Poetry
Type: BOOK - Published: 2008-01 - Publisher:
Offers a selection of poems, as well as the complete Lady of the Broom sequence, together with selections from the author's first two books.

The Poison That Fascinates

Authors: Jennifer Clements
Categories: Fiction
Type: BOOK - Published: 2008-01-17 - Publisher: Canongate Books
Abandoned by her mother as a baby, Emily now lives with her father in Mexico City. She works in the local Catholic orphanage. Life is simple. But when an enigmatic cousin, Santi, appears on the doorstep he brings family secrets, and soon Emily finds desire and temptation have overturned her